Here is a quick summary of this third edition of the FAI Eurotour in Caussols.
We managed to do a total of 17 rounds with 22 pilots of 5 different nations.

On day one, competition started at 12 as we waited for the wind to steadily establish. We managed to do 8 round in constant conditions, wind of 6-8m/s.
Day two was expected with more wind and risks of wind change. We started again at 12:00 as the wind was established still south (main slope). One first round was done on good conditions. The second round was done in moving wind towards the west. Wind was still within the 45deg rule. Only one refly towards the end of the round was given. A short break (8min) was done to let wind get back to the same as other pilots. We ended the round and decided to start no more rounds. A car went to the west slope (700m away) with stephan holbfer (to have an international representative). We clearly saw the wind was great (12m/s straight). Decision was given to get there for the end of the day. Another 3 rounds were run in actually changing air, cross wind from the south (no luck!!) made some runs much harder than others. Yves Tirand got a really nice thermal and scored 35.77sec, best run of the weekend.
Day three was expected to be west wind, with rain coming by the middle of the afternoon. Meeting was given at 10AM at the parking so we can check/confirm wind orientation and slope. After 2 rain drops, we realized a window was opened for some more rounds as clouds were moving out. Decision was quickly made to move to the slope and start rounds. Competition started at 11 and we managed to do another 4 rounds, finishing at 14h40, two minutes later rain poured.

Prize distribution and apperitif was given at the Observatory Guardian Tower, many thanks to the sponsors (HobbyKing, IGSI, HD Telecom, French Federation, PH06, Pascal Services) and even more to the 5 judges/DC always present and ready for this competition (Paul Eytan, Eric, Pascal, Gilles and Jean Marie).

And here goes this second edition!
This second season has been

a real success with 22 pilots present, from 5 different countries, nicely distributed with 1/3 french, a large Austrian team and Swiss, German and Czech representatives.

In 3 days, we managed to accomplish 16 rounds.

Day One had very light air, several reflies because of that. Thanks to a local rule and the PikaMetre (measuring tool we use), we included the average wind during the flight to permit reflies at the end of the run. If wind was less than 3m/s in everage during the whole flight, the pilot could get a refly without knowing the score he did. Most pilots did good use of this, and made rounds much fair. Only maybe 1 or 2 pilots did a refly and did worst in the weekend, too bad!

We managed to do 3 rounds, the fourth round had to be cancelled because of too low conditions with less than 8 pilots to go.

Day Two had much better conditions, still burning sun, the water fountain provided distributed 40liters in the day!
Wind was in the 4-6m/s, and we managed to accomplish 9 extra rounds between 10AM and 5.30PM. Conditions were quite regular, with still some low conditions isolated that did big damage to those pilots flying then.

Thanks to the numerous rounds, this was smoothed in the overall results. F3F is based on this also (flying in the thermal or just after it….).

We ended up the day and met all at the Coyote Club Café in Vallauris for the evening banquet. French Cuisine for the pleasure of all.

Day Three was the most spectacular one. After so many rounds already, we could still not tell who would win. The top 8 pilots were still very close, and one or two thermals to any pilot would give him the trophee if the others got bad air….

We managed to get 4 extra rounds done, in growing clouds in the back, with wind going up to 9m/s at times, and big big thermals also. Times went down to 38sec by Lukas Gaubatz, and some other sub40 have been recorded. Rain came on the 3rd round, 20minute brake and finish of the round for the 6 last pilots to go in much weaker conditions (low temperature because of the rain). A final round has been made, and the rain and thunderstorm invited themselves to call the end of the competition at 3PM.

Prize distribution has been done next to the parking, thanks to the numerous sponsors (PH06, A3 Concept, IGSI, HD TELECOM, CDAM06 and CRAM1020).

But the biggest thanks goes to my collegues from the club, who did the judging for the whole 3 days, not going to work, spending all day under the sun, not flying, for our pleasure! Thank you Pascal, Paul-Eytan, Michel, Jean-Marie, Eric and Eric! 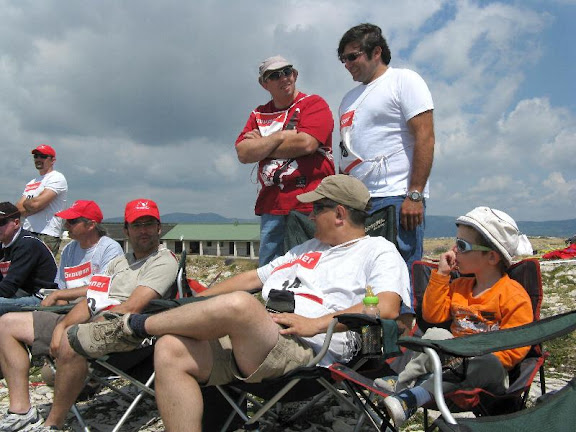 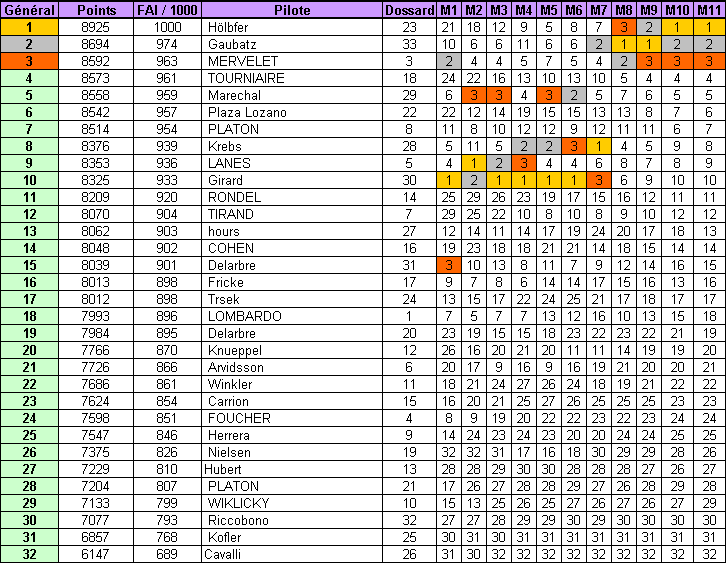 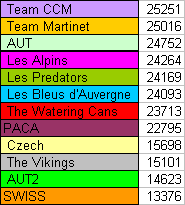 to celebrate the 4th edition of the F3F FAI Eurotour of Caussols, I decided to upgrade the website to a brand new design, with plenty more features (better navigation menus, access to previous reports, fast event update “even from the slope” for LIVE following of the competition).